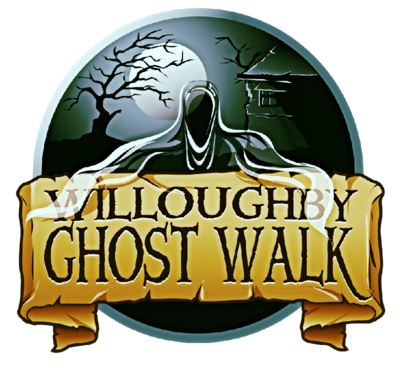 The book Haunted Willoughby, Ohio, written by Cathi Weber, details many of the locations and ghost stories you will recognize while on the Willoughby Ghost Walk. This collection of history along with haunted lore and mysterious tales will leave skeptics and believers alike shivering with the frightening stories behind some of the familiar landmarks in the town of Willoughby. 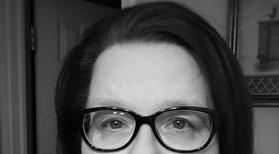 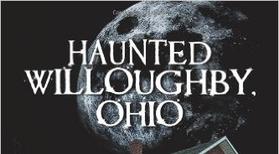 Cathi Weber, the creative force behind the Willoughby Ghost Walk!

Cathi, who owns and operates the Willoughby Ghost Walk, has been interested in all things related to the paranormal since an early childhood supernatural encounter that remains unexplained to this day.  And, she always receives endless enjoyment from spinning a tale that makes your spine tingle!   Nicknamed the "Ghost Lady", her interest in haunted locations and information regarding the paranormal in downtown Willoughby, has led her to become known as a local "ghost expert".  She uses her natural-born storytelling ability to keep your experience pleasurable as well as extremely interesting.

Cathi is an experienced paranormal investigator and co-founder of the paranormal investigative duo known as the Haunted Housewives.  She is a sought after speaker and lecturer on the paranormal, presenting her popular classes, workshops and talks to  community groups and organizations throughout the area. She appeared on the top-rated Travel Channel Show 'Paranormal Challenge", hosted by Zak Bagans, for the Waverly Hills episode, as well as appearing on "My Ghost Story" - the Ohio State Reformatory episode, "Paranormal State" for the Lake County Historical Society episode, and "The Haunted Collector" for the episode on Madison Seminary.  She has also appeared on talk shows, radio and news programs.

...is an experienced educator, lecturer, researcher and paranormal investigator.    Theresa, known as the"Haunted Housewife", has often been featured in the media including various local and syndicated radio programs, internet radio and blogcasts, newspaper articles, and both local and national television. She has worked with some of the most well respected names in the paranormal world and is always looking for more haunted adventures!  Theresa is also co-founder of the Haunted Housewives.  She is an author, best known for her bookAmerica's Most Haunted (Berkley/Penguin, 2014).

...has always had a curiosity for all things paranormal, this definitely stems from an experience that she had when she was 4 years old.  Since then she has been searching for answers and taking every opportunity to learn about the life beyond the veil.  After moving to Willoughby a few short years ago she purchased her ticket for the Willoughby Ghost Walk and instantly fell in love with the sleepy town’s spirits and specters.   Given the opportunity to become a tour guide gave Angela the chance to use her talent as a public speaker to help continue to spread Willoughby’s history   - normal and paranormal alike!  During her free time Angela enjoys assisting and attending paranormal events.

..is a regarded historian and a very talented storyteller.  His background is in history and education and he is a former high school history and government teacher.  He also graduated from Cleveland Marshall College of Law and was a former Assistant US Attorney for Northern District of Ohio.  Rae was a Special Attorney for the US Justice Department Organized Crime Strike Force as well as serving as an Inspector Attorney for US Postal Inspection Service handling cases nationwide involving narcotics and narcotics proceeds going through the mail. He regularly volunteers for Lake Metroparks leading gorge hikes in Penitentiary Glenn. Mike is retired and has since bicycled twice across the US, once from San Diego CA to St Augustine FL and once from Seattle WA to Bar Harbor